Dr. Repnikova is a scholar of global communication, with a comparative focus on China and Russia. Her research examines the processes of political resistance and persuasion in illiberal political contexts, drawing on ethnographic research approaches and extensive time in the field. Maria holds a doctorate from the University of Oxford, where she was a Rhodes Scholar. She speaks fluent Mandarin, Russian and Spanish. The courses taught at GSU include International Communication, Chinese Media, Politics and Society, and Communication in Global Contexts.

Media Politics in China: Improvising Power under Authoritarianism theorizes about participatory channels under authoritarianism through the prism of the relationship between China’s critical journalists and the party-state in the past decade. Drawing on over 120 in-depth interviews with journalists, officials, and experts, it depicts their routine interactions, as well as their dynamics following national crisis events. The book portrays the relationship between the two actors a fluid collaboration, characterized by “guarded improvisation,” whereby the two actors make continuous creative adjustments in response to one another under the shadow of the party-state.

“Propaganda during Crisis Events: A Case Study of Beijing Floods of 2012,” Journal of Contemporary China (Forthcoming)

“China Learns from the Soviet Union: Contrasting glasnost with yulun jiandu” (under review).

“Persuasion 2.0: New Modes of Digital Propaganda in China” (with Kecheng Fang) (under review).

“Behind the Fall of China’s Greatest Newspaper” (with Kecheng Fang), Foreign Policy, January 29, 2015.

“Google is returning to China? It never really left” (with Tim Libert), The Guardian, September 21, 2015.

Participated in ChinaFile Conversation on the Tianjin Explosion, August 18, 2015.

Interviewed by Politico magazine on China’s media coverage of US elections, July 3, 2015.

“The Putin-Khodorkovsky Dichotomy: The Media Got it All Wrong” (with Elena Minina), Al Jazeera English, December 29, 2013.

“China's Journalists Are No Revolutionaries,” The Wall Street Journal, January 15, 2013 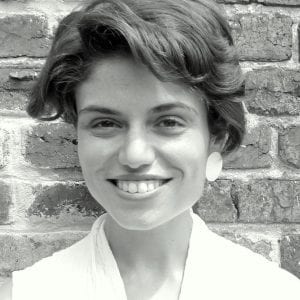